It was the 1960s and young Sydney lawyer Bob Roberts was part of the infamous ‘Bulletin Place’ crowd that was to transform the Australian wine industry. 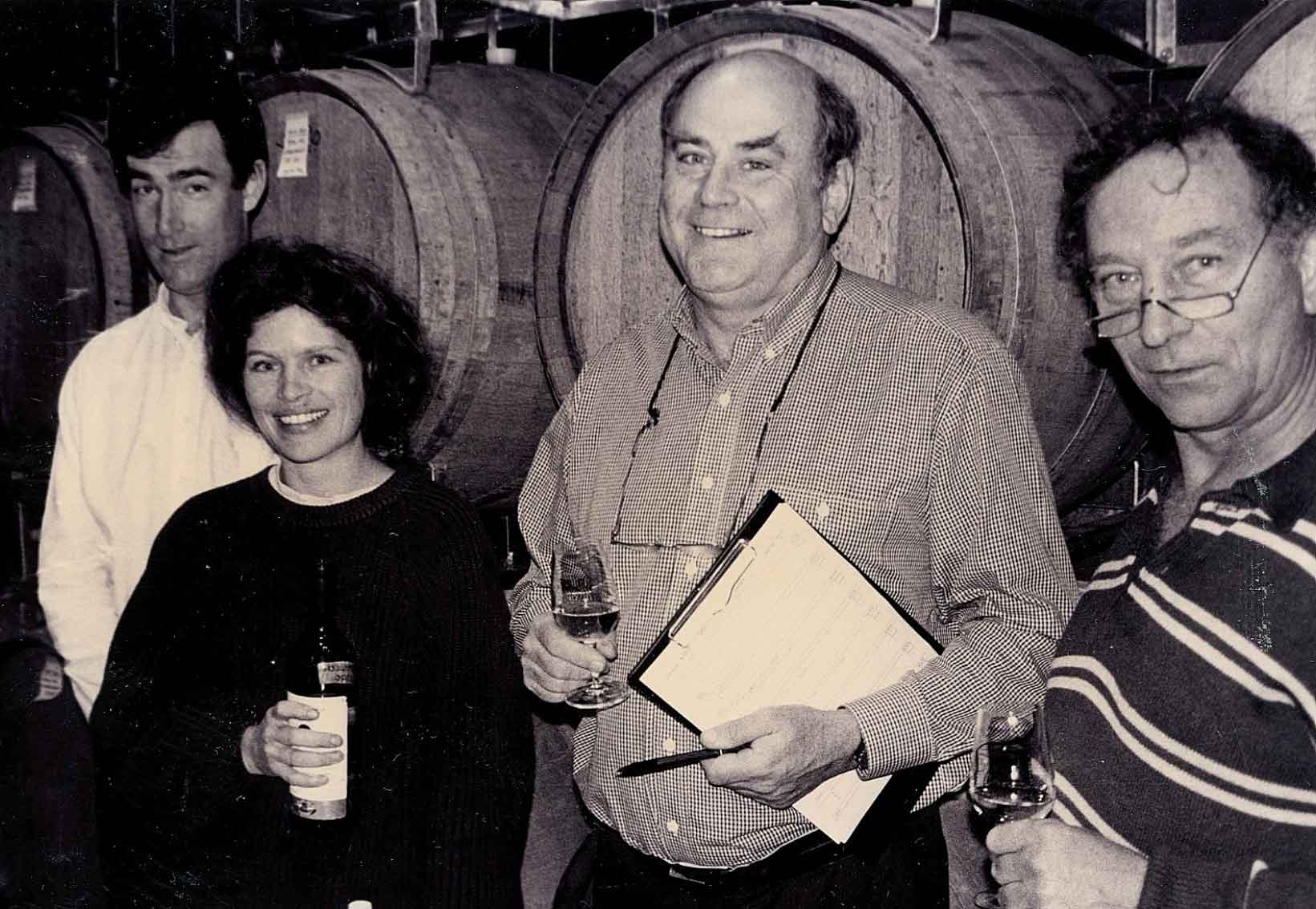 Most prominent of the group was James Halliday and the late, great Len Evans. The group enjoyed wine from all parts of the world; the ‘wine bug’ had gripped most of them and many soon established vineyards, mostly in the Hunter Valley.

Unlike Len, James and other members of the group though, Bob decided that Mudgee presented a better climate for his favoured wine styles. He adored the classic reds from French regions such as Bordeaux, the Rhone Valley and even Burgundy.

In 1969 he established Huntington Estate on the site of a rundown orchard and began his egalitarian mission to make some of Australia's best wines at affordable prices. With Len harping in the background, he achieved this goal time over the next four decades and his loyal following grew. 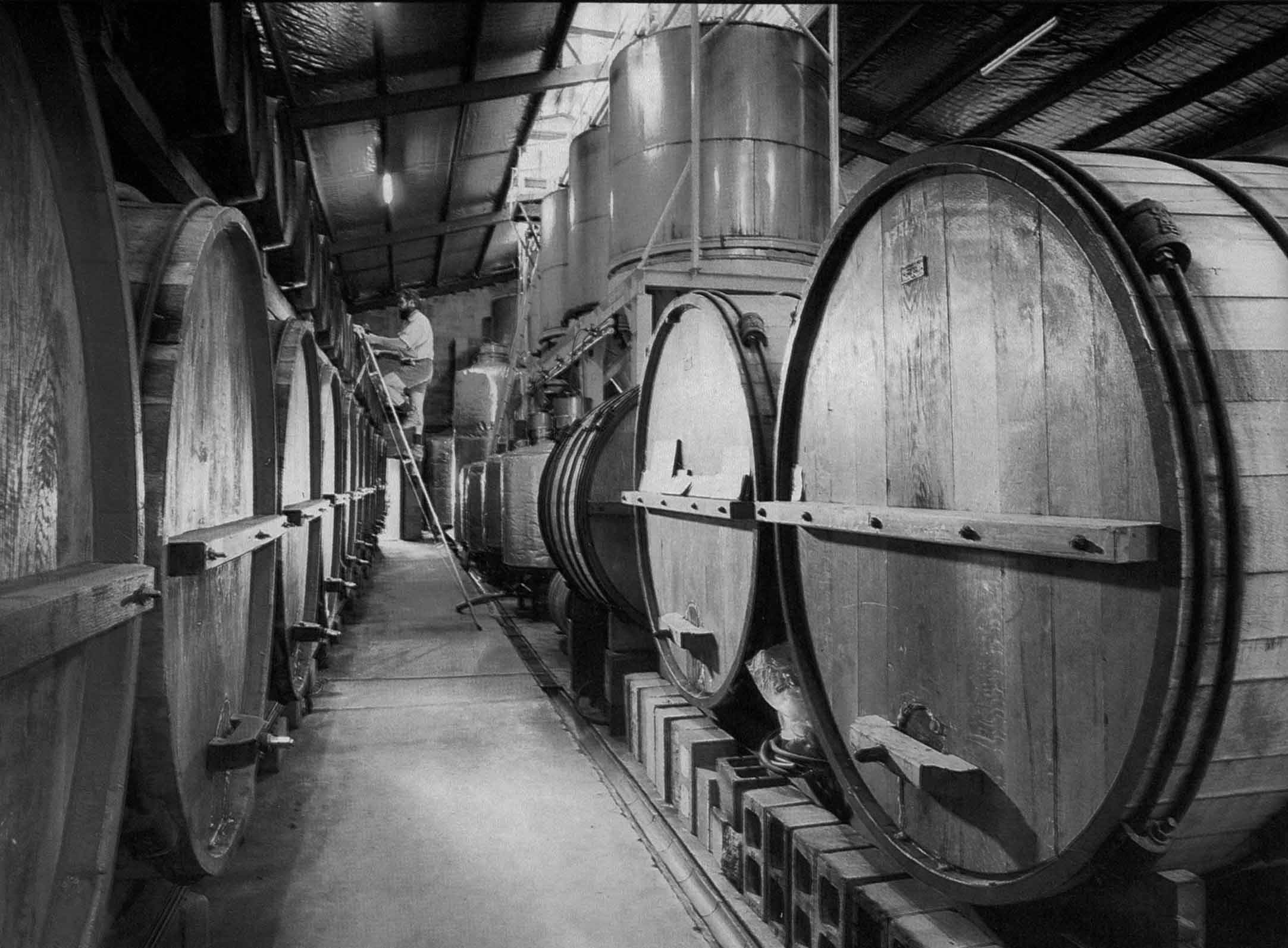 The Huntington Estate winery during the 1970s

His view was great wines, particularly reds, could really only be tested with time in the cellar and his philosophy remains this today in spite of passing fads and a modern trend towards wines that are at their drinking peak while young.

In the early 1970s, Bob began selling his vintages direct to friends and acquaintances; honed his skills as a vigneron, built a devoted following, and had by the mid 1980’s taken Huntington Estate to a pre-eminent position in the Australian wine industry “Huntington the best…” (Hugh Johnson / Jancis Robinson, The World Atlas of Wine). “Rated absolutely tops for both quality and value. One of the most impressive family operations in Australia.” (James Halliday). Some of the reds from the late ‘70s are still drinking beautifully today. Bob's daughter Susie joined him in 1993 and helped take the wines to a new level.

“Our reason for being is to make extraordinary wines of great flavour and interest. We are after the maximum flavour the grape has to give. The only consideration we have is to make wine that will be enjoyed. Knowing that our wines are appreciated makes winemaking a pleasure.” Bob & Wendy Roberts.

In 1996, journalist Tim Stevens, a Queenslander who had also caught the ‘wine bug’, purchased Abercorn next door to Huntington Estate. His cellar was full of Huntington Estate and he wanted to emulate his neighbour's style. Like Bob he was enamoured of Mudgee's unique tannic style.

The pair became friends and ten years later when Bob decided to retire it was a natural transition for Tim to take over as owner and winemaker.

At the time, Huon Hooke declared Huntington’s “future in safe hands”. Tim has kept his promise to stay true to the Huntington Estate style - “the most elegant expression of the Mudgee style… (since Tim took over) has gone from strength to strength.” (Gourmet Wine Traveller, 2013).

“My cellar is full of Huntington Estate and I'd be mad to change the style at all - particularly as I now know all of Bob's secrets!” 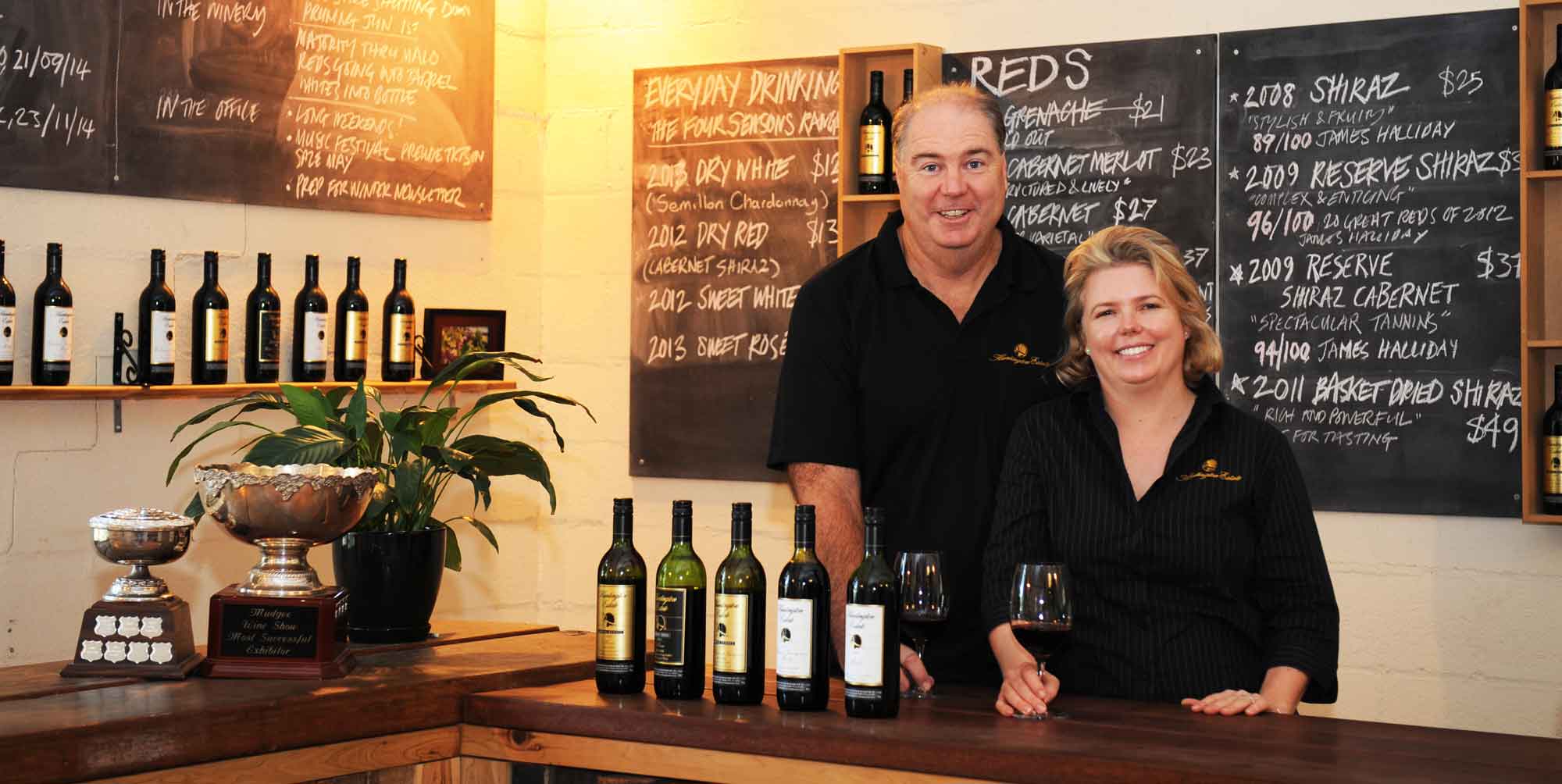